Under the Bridge in Osaka

I found this location while taking a photo from above one of the bridges – I did not know where the lights underneath one of bridges in that photo were coming from. I walked there and found this!

Walking there sounds simpler than it really was. There were a lot of tourists on top of this bridge taking photos. When I finally got underneath the bridge, there was almost nobody.
I was kind of surprised about it!!!

This photograph consists of two photos taken underneath the bridge. It took me forever to combine the two photos in Adobe Photoshop. I used the “Perspective” option in the “Auto-Align Layers” command.

The “Auto-Blend Layers” command worked better but it did now show what I wanted it to show; I did not know how to change it… 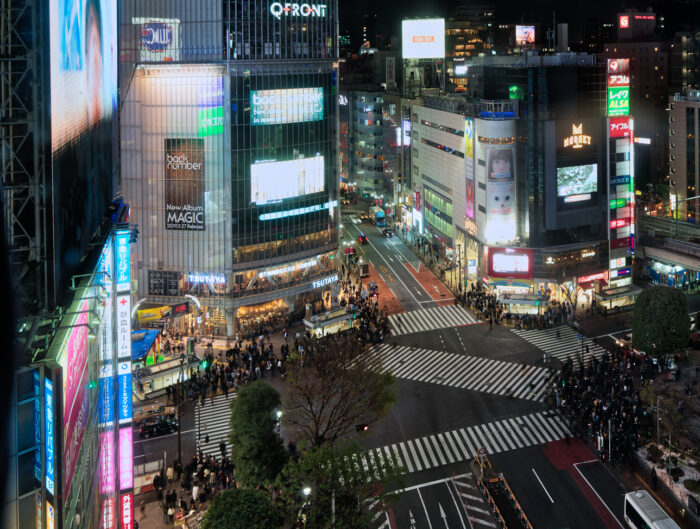